There is nothing new on offer in the NFO of IDFC Infrastructure Fund. 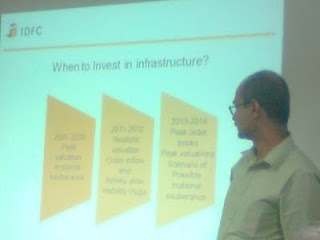 IDFC has surprisingly launched an Infrastructure fund when the entire sector is avoided like plague by Fund Managers and Investor alike.

Do the IDFC people found something that many have not been able to???
Well, only time will tell the answer. 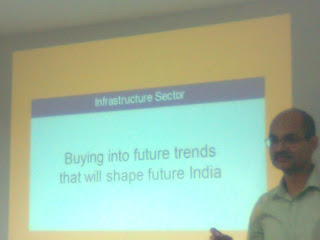 But, their guts has to be appreciated to have bought out such a Theme Fund in these difficult times.

I met Mr.Kenneth Andrade recently and he explained, "Infrastructure stocks are valued attractively and Cash Flow visibility is very strong and Investors will flock to these very same stocks sooner rather than later. We want to be there earlier than others and give alpha returns to our investors". 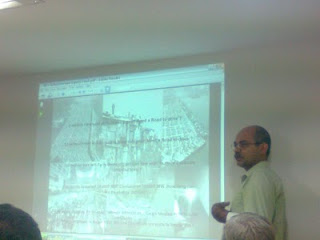 Mr.Kenneth Andrade reasoned that the Infrastructure Stocks were over-hyped during the 2008 highs and and under-performing due to over skepticism and is overdoing by investors on both fronts.
He expects Infra stocks to bounce sharply and lead the Next rally, especially now that many of these infra projects are getting executed and should be monetized sooner.

Infrastructure Sector as a whole has been going tough times and the future does not look too bright with high inflation and hardening interest times.

A Sector Fund is a strict no-no, especially if you are investing in Lump-sum.
One bad policy decision, and lo, the entire sector looks down and out and you will be left holding a drowning boat.

And yes, there are more than a dozen infrastructure funds in the market today and there is no particular reason for you to pick this Fund over the others unless you have a leaning towards IDFC brand name or you love Mr.Kenneth Andrade.

However, to this Funds benefit, I must add here that Infrastructure Stocks constitute more than 50% of the Nifty, which makes this Fund more diversified than a pure play Theme/Sector Fund.

I would still say...


Go for Diversified Funds as there is nothing that prevents a Fund Manager in investing in Infrastructure sector if he finds the sector attractively valued.

By the way, I had this thought, that probably the AMC guys at IDFC thought they could piggyride on the IDFC Bond Ad wave which has been doing the rounds for more than 6 months now and would be easy to suck in gullible investors.

Maybe it also is that IDFC people are following the classic saying 'Buy when others are selling"!!  and launching Infra fund when other AMCs are wary of talking about their Infra funds performance.
Best of luck, 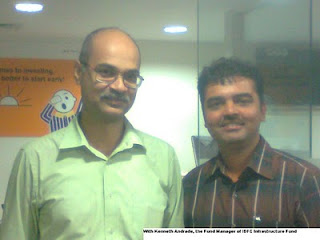