My neighbour AtiBhudiram doesn’t shy away from going to city outskirts for bargain shopping. He doesn’t mind spending money on petrol to save few rupees. His wife proudly displays the clothes he has bought at such bargain prices to my wife to showcase “Neighbour’s Envy Owner’s Pride”! 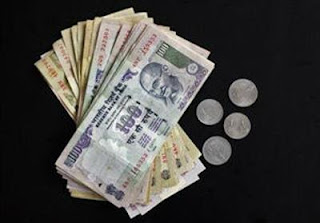 Atibhudiram also bought a luxury car last month at a bargain price from a popular used car website. Since then, my wife has been behind me: “Look at AtiBhudiram – he has a luxury car and we always either take an auto or a cab. And you call yourself a Financial Advisor!”
Now, this hurt my male ego and pricked my conscience. I had to explain: “AtiBhudiram, true to his name, uses his brain too much and is actually losing money. The second hand car he has bought will soon result in spending twice the purchase cost due to repairs.”
I continued, “If you remember, last time when Mr. AtiBhudiram had a prolonged fever, he visited the friendly neighborhood pharmacist, who doubles up as a Doctor to AtiBhudiram, and took the medication.”
Now, this Pharmacist was very “knowledgeable” and recommended tablets to his “patients”. So, most of the neighborhood “saved” Doctor’s fees and took his esteemed recommendations.
I faced my wife, my gaze locked onto hers. “But, what happened? The fever didn’t subside and he was forcefully hospitalized. And, AtiBhudiram had to spend a huge amount of money as the fever had not only blown up but also brought with it additional ailments.
“And, most importantly, Mr. AtiBhudiram’s elder brother, Mr. AtiChatur, had a big accident wherein his car was badly damaged and was bedridden with injuries for more than 2 months.”
My wife intervened: “But his car was insured, isnt it?”
“Yes,” I explained, “his car was surely insured, but to save few rupees, he didn’t go for Zero Depreciation Cover and his insurance company did not pay 100% of claim due to segregation of parts like plastics, metal and rubber.
And my friend Mr. AtiChatur, just like his brother, did not even have a Health Insurance or a Personal Accident because he wanted to save Rs.1200 or Rs.6000 per annum. With this accident, not only he had to pay for his hospital expenses from his own pocket, but he also had to forgo his business income because he was bedridden for few months and did not have a Personal Accident Policy.
Now, if Mr. AtiChatur had a PA policy,
he would have got a weekly allowance, which would have been paid by the insurance company due to the disability caused by accident.

“So, my dear Dharmapatni, I buy quality and not try to be Paisa Wise Rupee Foolish”. Sipping a lassi, I continued, “It is not that I am against second hand cars, but I always buy quality and I do not mind paying extra if it is worth it. Just like I do not mind paying my Doctor his fees – I don’t try to avoid him by going to the friendly neighborhood pharmacist.
“Yes, people can avoid going to a Financial Advisor too and avoid paying fees for financial advise when they can get if for free on countless websites, but the quality of the advice and his approach for investment decisions when it comes to a competent Financial Planner is priceless.
“So, my dear,” I concluded, “please remember there is an old Hindi saying,‘Kuch Paane Ke Liye, Kuch Khona Padta Hai,’meaning,‘you should be prepared to lose something to gain something.’”