FOMO and Punishment by Sehwag !!


One of my oldest friend in this field HARISH KUMAR is a huge fan of Sports and passionate about Investments.
He is very grounded and gets rarely excited or depressed.
He almost always gives excellent analogies relating to Sports and here is one of his sharing. 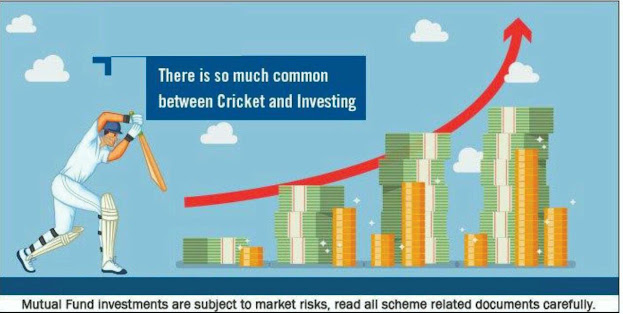 THE BACKGROUND BEHIND THE RAPID RISE SINCE MARCH LOWS :

Financial Economy(Markets) will always recover first..much before the Real Economy does..

The theory of watching the Inflation, GDP Numbers,Earnings of the companies for each & every quarter happens in the ideal scenario(I.e..When the Interest rates are above the acceptable levels).

Markets are in the Power Play Mode..

During the Lower interest rates phase in the economy, the markets will discount 4-5 years earnings in just 1-2 years..

What we have seen so far(I.e..in the last 5-months) is just a trailer..

I m not saying that Sensex will go to 45-50K in a straight line..It will take its own path.

I strongly feel that we should be at those levels in the next 3-5 Quarters.

I will give an example..
If a Company has got Rs,10000 Crs Debt on the Balance Sheet..
@10% interest rate, they were shelling out 1000 Crs as interest to the financial institution they had borrowed from..

After Covid, @ 8%, they will be paying them 800 Crs.
200 Crs will be the savings for the company without even breaking the sweat.
If the Company was declaring 1000 Crs profit earlier will show 1200 Crs profit in the future.

Consider there is decline of 20% earnings for this Financial year..

I have not accounted for any growth in the profits of the company due to increase in the future sales, expansion capabilities bcoz of lower interest rate regime..etc.

3 things could happen in the next 2-3 Quarters.

1) Most of the investors, who have not seen any returns in the last 2-3 years & having the tendency to compare their Equity investments to FDs, Gold...etc will exit at current levels +/- 5% .

2) All those investors who have not invested in the last 4-5 months & expecting the Markets to test March lows would lose patience & start entering slowly & finally invest big at 45K + levels when the economy would be functioning normally next year.

3)The Fixed Income Investors who wouldn't be happy with 5% returns will be entering the markets through MFs after April..Bcoz of the low base effect..
Most of the funds after April 2021 will be showing 30,40,50%.. One year returns..

👆The Quantum of Money flow will be driving the markets in the short to medium term & not the earnings & GDP..

& I haven't accounted for the Corporate tax cuts which was announced last September..
That's not yet played out fully..

Above are the reasons, Why I was bullish on equities from April onwards..

The Behaviour of many  investors in the last 4 months reminds me of the situation  Mohammad Sami and Mohammad Yousuf, The Pakistan fielders were in  the India Vs Pakistan Test match at Multan in 2004...when they dropped Sehwag on 68 & 77 respectively...The rest was history,
He went on to score the First Triple Century for India in Test Cricket..
[The Virus had given a fantastic opportunity for the Investors to invest at lower levels during March-May,But most of them missed the opportunities like Sami & Yousuf on a good batting track in the first innings,(Huge global liquidity),Sehwag took the control later].

As & when the boundaries & Sixes were scored by Sehwag after the dropped catches, The  cameras were focusing on Sami & Yousuf..
(As & when the Markets started scaling higher & higher..There was disbelief..They started Cursing the markets for scoring too quickly).

Sami took Sehwag's Wicket eventually,but it was too late..History was created..Sehwag had scored the First Triple Century for India & the 2nd Fastest Triple Hundred then.309(375), which was bettered by him 4 years later against SA in 278 balls at Chepauk in 2008..(New/Fresh Market highs will be created before most of the investors realise it).

The Master Blaster also added to their woes by scoring 194*.
(The Big Bulls like RJ & Porinju have joined the party from the last month or so)..

Yousuf was going to his bowlers Sami,Shoaib Akhtar & Saqlain frequently to give them some tips to get Viru's wkt. But, Viru batted them out of the game
(The Market experts tried their best to get the Markets down quickly..
Posted stories of Robinhood & Abhimanyu stories because of jealousy,But in Vain.)

India declared the innings for a mammoth 675/5.[Not everything is lost now..We are in a situation currently  in the markets looking from a 3 years perspective)where we were 173/2 after losing Akash Chopra (42) & Dravid (6)..(short term corrections).
The Little Master has joined Sehwag at the Crease..]

Pak lost by an innings & 50+ runs..
(We can beat inflation by a bigger margin & create huge wealth in the medium to long term)... 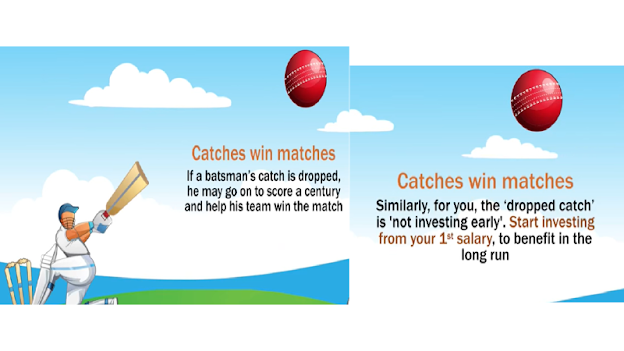 SIMILAR STORY :
Rohit was dropped on 4 by Thisara Perera during his record-breaking ODI knock of 264 from 173 deliveries against SL in November 2014 at Eden Gardens..

The Costliest/Expensive drop in ODI Cricket History..😃
(The Expensive drop/missed opportunity/rally ever for the Investors in the Global markets of around 50%in less than 6 months).

When markets correct running for cover or trying to salvage what is left is never a good option . If our country has to prevail markets has to do  well.
Ultimately markets are nothing but the reflection of our economic well being. The current interest rate scenario makes us less competitive.

You need an an approch like V-I-R-U to defeat the V-I-R-U-S. 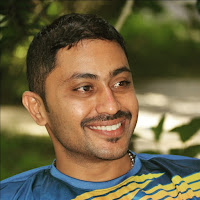 SRIKANTH MATRUBAI's take :
Cricket and Investing has so many common similarities.
In Cricket....you aim to win the match.
In Investing, you aim to WIN the goals of Life.

Like a FREE HIT in Cricket, there are some rare times in Investment, when you get REAL GOOD OPPORTUNITY to make money and this March downturn was one such lifetime opportunity.
But, you should be GROUNDED in your thinking and thought process to identify the same and make use of it.
Here, in this blog, we have posted more than half a dozen articles during the March/April downturn extolling our readers to not only STOP getting worried about the Market falls but we also encouraged to consider looking at putting SOME LUMPSUM money.

Remember, for a bowling unit, a Batsman at the crease for a long time (even if he is not scoring) is more dangerous than a New Batsman.
Stick to looking at STAYING AT THE CREASE and make use of any BAD BALLS (market falls).


Do get in touch with your Advisor and continue your journey towards Financial Independence.
All the best,
Srikanth Matrubai

You are strongly encouraged to consult your financial planner before taking any decision regarding this investment. The views expressed here is the authors personal views and should not be intrepresented as a recommendation to invest/avoid.
Srikanth Matrubai Author of the Amazon Best Seller DON'T RETIRE RICH
Do read the book and give your valuable feedback and request you to post positive comments on the Amazon. https://amzn.to/3cHUM6M/ You can purchase the book on amazon and flipkart Please subscribe to my TELEGRAM channel https://t.me/MutualFundWORLD/
at September 09, 2020

Email ThisBlogThis!Share to TwitterShare to FacebookShare to Pinterest
Labels: Fluctuation, Opinion, Others