READ AND UNDERSTAND THIS BEFORE INVESTING IN EQUITIES

Greetings,
Investing in EQUITIES is one of the BEST time tested ways to create Wealth
But, they are fraught with volatility, risk of principal erosion, periods of long downturns..etc
You need to have strong stomach to digest all this and then go ahead.

The Following are some the hand picked quotes which should be read, understood and implemented by all INVESTORS in Equity.

If possible, CUT AND KEEP the following 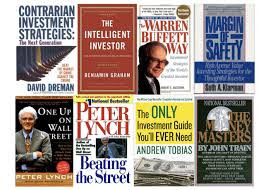 Stock Markets will always remain Volatile!
“The stock market is the story of cycles and of the human behavior that is responsible for overreactions in both directions.” – Seth Klarman

“You get recessions, you have stock market declines. If you don’t understand that’s going to happen, then you’re not ready, you won’t do well in the markets.” – Peter Lynch
“Unless you can watch your stock holding decline by 50% without becoming panic-stricken, you should not be in the stock market.” – Warren Buffet

“People who succeed in the stock market also accept periodic losses, setbacks, and unexpected occurrences. Calamitous drops do not scare them out of the game.” – Peter Lynch

Choose your Investments after Careful Research
“Risk comes from not knowing what you’re doing.” – Warren Buffett

“It amazes me how people are often more willing to act based on little or no data than to use data that is a challenge to assemble.” – Robert J. Shiller

“Without data, you’re just another person with an opinion.” – W. Edwards Deming

“Behind every stock is a company. Find out what it’s doing.” – Peter Lynch

“Know what you own, and know why you own it.” – Peter Lynch

“If you don’t study any companies, you have the same success buying stocks as you do in a poker game if you bet without looking at your cards.” – Peter Lynch

Build a Portfolio which is not too big
“Usually a very long list of securities is not a sign of the brilliant investor, but of one who is unsure of himself.” – Philip Fisher

“Wide diversification is only required when investors do not understand what they are doing.” – Warren Buffet

Regularly Monitor and Correct Mistakes
“A man who has committed a mistake and doesn’t correct it, is committing another mistake.” – Confucius

“When the facts change, I change my mind. What do you do, sir?” – John Maynard Keynes

“There’s no shame in losing money on a stock. Everybody does it. What is shameful is to hold on to a stock, or worse, to buy more of it when the fundamentals are deteriorating.” – Peter Lynch

“More money has probably been lost by investors holding a stock they really did not want until they could ‘at least come out even’ than from any other single reason.” – Philip Fisher

But, Be Careful with your Psychological Biases
“Investing is the intersection of economics and psychology.” – Seth Klarman

“The investor’s chief problem – and even his worst enemy – is likely to be himself.” – Benjamin Graham

“The most important quality for an investor is temperament, not intellect.” – Warren Buffett

“Investing isn’t about beating others at their game. It’s about controlling yourself at your own game.” – Jason Zweig

like, Loss Aversion……
“The irony of obsessive loss aversion is that our worst fears become realized in our attempts to manage them.” – Daniel Crosby

“More money has probably been lost by investors holding a stock they really did not want until they could ‘at least come out even’ than from any other single reason.” – Peter Lynch
“Selling your winners and holding your losers is like cutting the flowers and watering the weeds.” – Peter Lynch

“What would I eliminate if I had a magic wand? Overconfidence.” – Daniel Kahneman

“I have already made up my mind, don’t confuse me with facts.” – Philip Fisher

“Overconfidence is a very serious problem. If you don’t think it affects you, that’s probably because you’re overconfident.” – Carl Richards

“Observation over many years has taught us that the chief losses to investors come from the purchase of low-quality securities at times of favorable business conditions. The purchasers view the current good earnings as equivalent to ‘earning power’ and assume that prosperity is synonymous with safety.” – Benjamin Graham


AND, FINALLY FROM OUR INDIAN STOCK MARKET MASTERS....THE TRUE GURUS....

"Emotional investment is a sure way to make loss in stock markets" Rakesh Jhunjhunwala, Ace investor 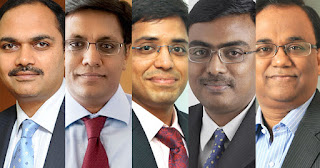 "As long as I will live, I will hold stocks in my portfolio". ace investor VIJAY KEDIA

"a correction is important, correction is a chance to actually understand what your risk appetite is and how much equity risk can you take", RADHIKA GUPTA, CEO, Edelweiss Asset Management 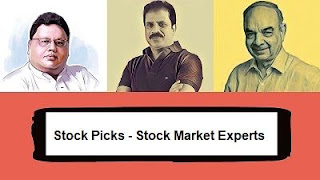